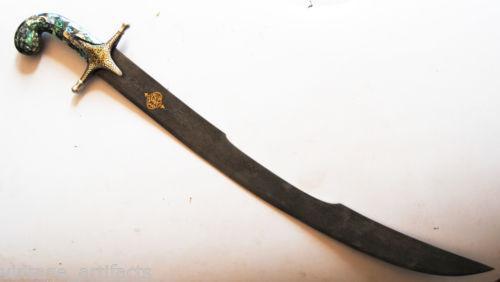 Deep loved history.His teacher,miss.Rathore, would make everything very interesting.For example,the teacher made them do a skit on the first and second battles of Panipat,which wre fought in 1526 and 1556 respectively.Few weeks later,Deep and his father attended an auction.When it was announced that an auction was to be held in a new auction house in Mumbai and was auctioning various treasures from the mughal era,Deep was very excited and persuaded his father to take him there.Deep's father had promised him that he would buy buy him anything he was keen on buying on.Deep had seen the pictures of the auctioned things on internet,and was keen on buying a sword which was given to Humayun by Babar.He swept through the crowd to see the sword which was on a platform made of glass.He tried to read the engraving on the sword,but the handwriting was small and could not be read without a microscope.A small placard in the front of the sword read - "the engraving on this sword says : presented to Humayun after the first battle of panipat by Babur."Deep took one look at the placard and declared the sword to be fake.

Why did Deep think the sword to be fake?To find out press the link-