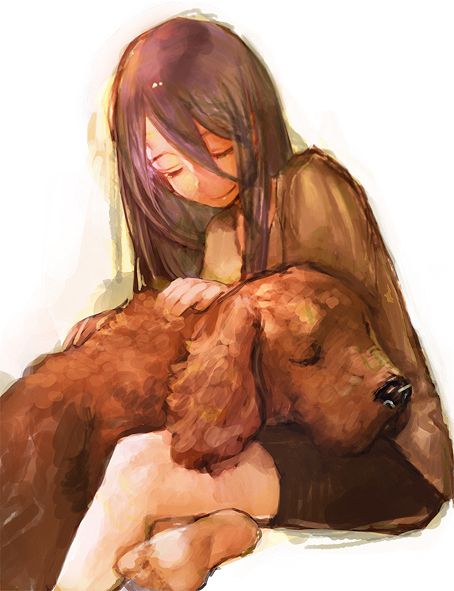 Elise loved her dog a lot.one day a painter from Britan came to her state {Uttarpradesh} in India.Her home was in the city of lucknow.The painter had come in the state of Banaras which is known as Varanasi.She met the painter and asked him "Can you paint a picture of me and my dog together?" The painter replied "It will be a childs's play for me.My painting shall be ready by 8 days.I shall come to your house and deliver the painting to you.Also please write your address on a piece of paper and give it to me." Elise wrote the address of the hotel she was staying in and gave the paper to the painter.On the 8th day Elise heard a small knock on her door. Her dog named Scamp started barking loudly.Elise quitened her dog and went to open the door.It was the painter.The painter gave the painting to Elise.Elise showed the painting to her dog but he refused to look at it.Elise shouted,"You have made an awful drawing,even my dog refuses to look at it." "Calm down ma'am I shall make a new painting of you ",said the painter. "Fine,but this time mke it better." said Elise.The painter left without a word.After two days the painter came again.As soon as Elise showed the painting to her dog he immediatly started licking it.The clever painter had rubbed some meat on it.The painter took the the money and went to settle in a faraway land.