A monk watched two rams fight.Suddenly a ram threw the down at his feet.The monk thought,'Ah,this ram understands my value.'Then, he respectfully folded his hands and bowed before him.Seeing this an old man said,'Don't be foolish.The ram won't think twice before attacking you.' The monk ignored the man's warning.Just then the ram charged charged towards the monk and knocked him down.As the monk tried to get up,he sighned and said'I really hope people do not make the same mistake as i did. Moral-It is foolishness to ignore wise advice. 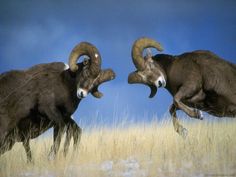